A Day In the Life Of Casey Swafford 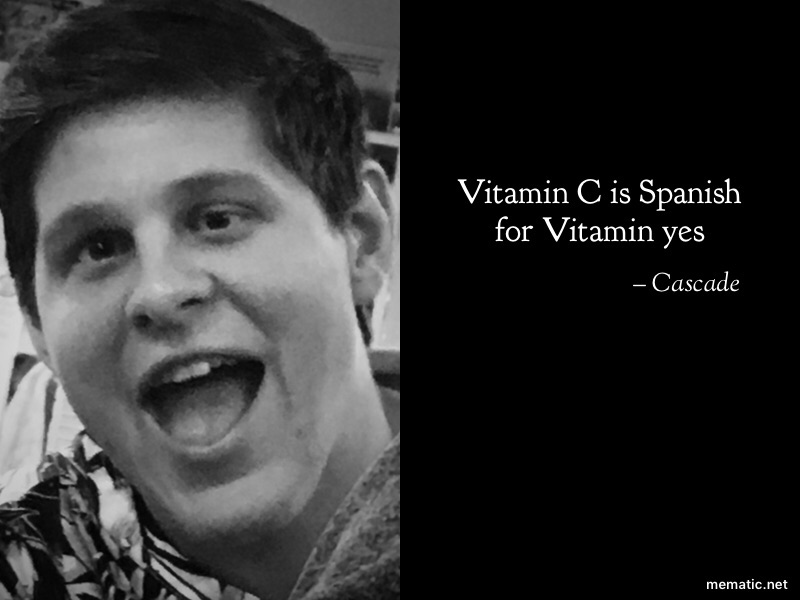 Screeeeeeech! Casey slowly wakes to his trusty alarm clock. However, he does not enjoy it as much as one might think. After about 15 minutes, give or take, Casey finishes yelling his variety of obscenities at his alarm clock. Then, after wiping his tears away, he smashes the poor thing with every bit of might he can muster. He pulls himself out of bed and falls straight onto his face. After serious contemplation on whether or not school and a future is worth it, he slowly pushes himself up and gets dressed. After his usual morning routine of eating, brushing his teeth, sacrificing a goat to the mighty Cthulhu, praising L’Ron Hubbard, and packing his backpack, he is ready to go off and start the day at Quartz Hill High School.

Cassey then hops onto his magnum opus, a cherry-colored 26″ Schwinn Meridian Adult Tricycle. After arriving at the school in absolute style, he enters his zero period class: Journalism. He walks over to his seat in the front row and sits down, ready to get to work and take on the world. However, before he can start, laughter erupts from the classroom behind him. He turns around to see the whole class pointing and laughing at him. He stands up and faces the class, “Why? Why are you laughing at me? I know why, it is because you are all afraid! You all sense that I am your superior, and it scares you all!” After even more laughter, a crumpled piece of paper hits the back of his head. He looks back to see Mrs. Martinez with a smirk on her face, “Actually Casey, we are all laughing because your shirt and pants are on inside out and backwards.”

He looks down to see that their observations are correct. His clothes have been put on completely incorrectly! He looks back up to the teacher and yells, “Rats! You win this round Mrs. Martinez!” She laughs. After running out of the classroom in a fit of tears and humiliation, he goes to the bathroom. He rearranges his clothes and puts them back on, this time in accordance to society’s standards. After hiding in the janitor’s closet until the bell rings, Casey goes on to continue his day. He walks to his first period, AP Gov, where the famous and illustrious Dr. Steven Reti waits for him. Casey reaches the classroom and sees Reti. Reti says, “Well hey there Casey. It’s me, your CraaaAAaazy Poli-Sci teacher.” After intense projectile vomiting, Casey decides that his first period was not worth the hassle today.

After more waiting in the janitor’s closet, Casey ventures off to his second period, AVID. He walks into the classroom to see the empty mindless vessels known as students. He finds a note left anonymously on the table. He reads it. Supposedly, colleges are collecting the souls of young students early this year and have decided that his  AVID class was the best place to begin the harvest. So, after playing on his phone to pass the time in the class that is now a graveyard, he walks onto break. After shortly realizing he had no friends to spend break with, he goes straight ahead to his third period: AP Statistics. He never really remembers much of what happens during this class, except for brief moments of fear and confusion. So, after walking into the class, he heads to his fourth period, skipping A lunch due to the whole no friends situation. This class was none other than the infamous AP Physics, with the even more infamous Mr. Ringhofer, aka Mr. Ringhofer. This class is very similar to his third period. He does not like to talk about it. So after crawling out of his fourth period, he drags himself to his fifth and final period, AP Literature. Beaten and weary from the day, he crawls in, pulls himself up to his chair, and sits down. His only comfort is that his pain will be over soon.

The bell rings and class begins. Something strange begins to happen: his eyes begin to close and he starts to lose all of his senses. He is entrenched in darkness. What is this? he thinks to himself. Am I dead? His words echo throughout the dark chasm. He sees a bright light that quickly engulfs the room, and he finds himself back in his seat in fifth period. He falls asleep again. However, this nap was longer than he would have hoped. He notices two janitors hovering above him. Casey asks them what happened, and they respond that they found him in the classroom unconscious. After he clears the confusion and leaves the school, he gets on his magnum opus and glides back home. He got through another day of school; however, this was merely the first day of the week. He will have to endure the dangers he faced today five times a week, every week, until he graduates. That is, if he can survive for that long.