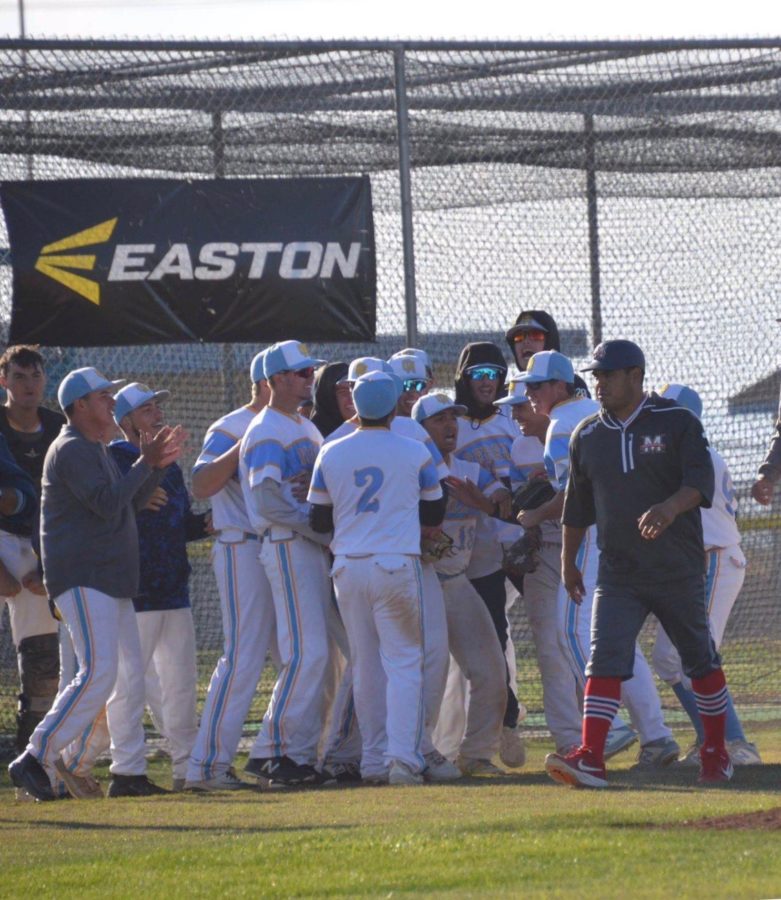 The Quartz Hill Rebels boy’s baseball team has shown outstanding success in their 2018/2019 season. The baseball team has accomplished 12 wins, two losses, and zero ties within the league and throughout their regularly scheduled season. Accounting both league and non-league games, the Rebels have won 28 and lost eight games, carrying on their excellence from the 2018/2017 season.

The Rebels’ first major accomplishment is marked by their Golden League Champions title after defeating Lancaster High School 20 to zero. Following their Golden League win, the boys moved on to their division two CIF round one. Their first round playoff game was against Lakewood High School, with a final score of 8 to 4 in favor of the Rebels. The next playoff game was against Maranatha High School on Tuesday, May 6. The Rebels once again won the close game with a score of 14 to 2.

The first inning of the game left the Rebels with a one point deficit. However, Quartz Hill was quick to catch up in the second inning, scoring ten points. These ten points were crucial to the Rebel win, as Maranatha was unable to make up for their lost points in the end. Despite outscoring the Rebels in the fifth and sixth innings, Maranatha High School walked away from the baseball game with a loss.

The player responsible for securing the Rebel win is Isaac Moreno, a senior player. Moreno’s outstanding batting skills scored Quartz Hill two runs at the end of the game, setting the team up by a couple of points.

Moreno recalls the emotions felt by the team before the game, “We were very determined to win. Maranatha was the best team in our bracket, and we had a lot of pressure knowing that we are the best team in our league. To make matters even tougher, they had an All-American pitcher on their team.”

This was a tough win for the Rebels, but an important one nonetheless. This game proved that the Quartz Hill team is ready for any challenges that come their way. The ability to defeat a strong team like Maranatha shows the team’s preparation for their future rounds. The players are using this win to drive them closer to success.

Moreno reflects his thoughts following the win, “We learned that we can battle any adversity, and that we have a chance for the ring.”

The Quartz Hill Rebels boy’s baseball team will now move on to their third round CIF game against Crescenta Valley. We wish them good luck and feel confident that they can bring home a title!