Alexander Manzano: A New Talent on the Cross Country Team 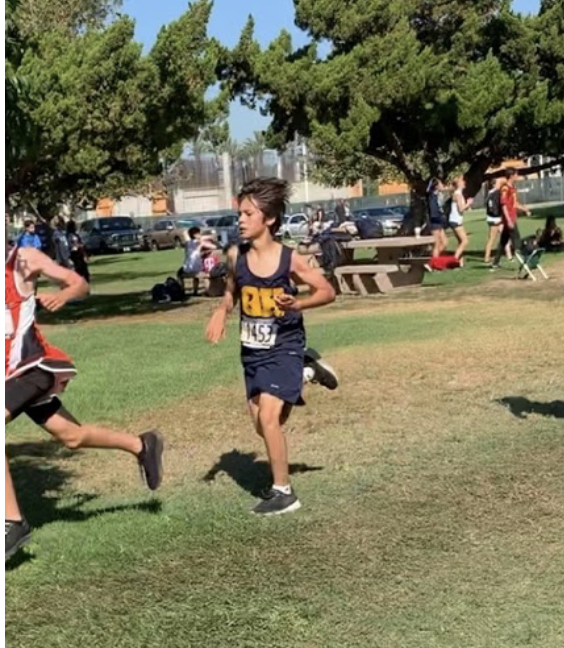 The 2019-2020 Cross Country season kicked off on Saturday, August 31st. New talents were welcomed and returners were prepared to show how much they improved over the summer. One freshman in particular caught the eye of many runners with his impressive times and amazing work ethic. This newcomer was Alexander Manzano, a freshman student-athlete who runs both cross country and track.

Alex’s inspiration to run began from playing AYSO soccer at a young age. When asked how he got into track, he stated, “I first started running when my dad wanted me to get faster for [the] soccer season. He made me join the track team. Like many kids, I was forced to do the sport, but I eventually came to love it.”

At the first meet, he finished 11th out of 221 freshman runners, which was the best freshman placement Quartz Hill has ever achieved. He finished the two mile course in 11 minutes and 9 seconds, which is rather impressive and a near-varsity time. This success did not start now, however. He was very successful in the cross country and track teams at Hillview Middle School during his 7th and 8th grade years as well. In 7th grade, he broke the school record for the 800m race with a time of 2 minutes and 20 seconds.

With this being said, there is a lot of pressure on Alex to carry on his legacy from Hillview. When asked what his main goal was for the season, he stated, “My biggest goals for this season are to try and work on stress levels before a race, as I feel it [can] mess with my performance. Also, I want to try to get under a 17:30 for 3 miles as it would allow me to be more competitive later in the year.” It is clear that Alex has some big goals for his freshman year, but they don’t seem too far out of reach. With Alex’s goal-oriented work ethic, he can accomplish whatever he sets his mind to.

However, as with most athletes, he has lots of areas to improve. Alex stated, “Funny enough, I am not the best at distance and am more of a middle distance runner. Since I am speedy, I am able to have a great kick at the end of the race.” This varied skill set proves Alex’s potential in the sport. Being an honors’ student, it is going to be difficult for him to manage his school and sports. He stated, “Since I get home from practice at 5:30 PM every day, I have to work on fixing my terrible procrastination habits so I can get work done. If I can get over this hurdle, then managing all these classes should be much easier.” The life of a student-athlete is definitely difficult, but as shown here, it is manageable.

As expected, Alex’s goal is a scholarship into a good university. He stated, “I definitely would love to run in college.”

It is clear that Alex has a promising future ahead of him. With his attitude towards school and running, there is no doubt that he will go far in life.