School Shootings Are the New Normal 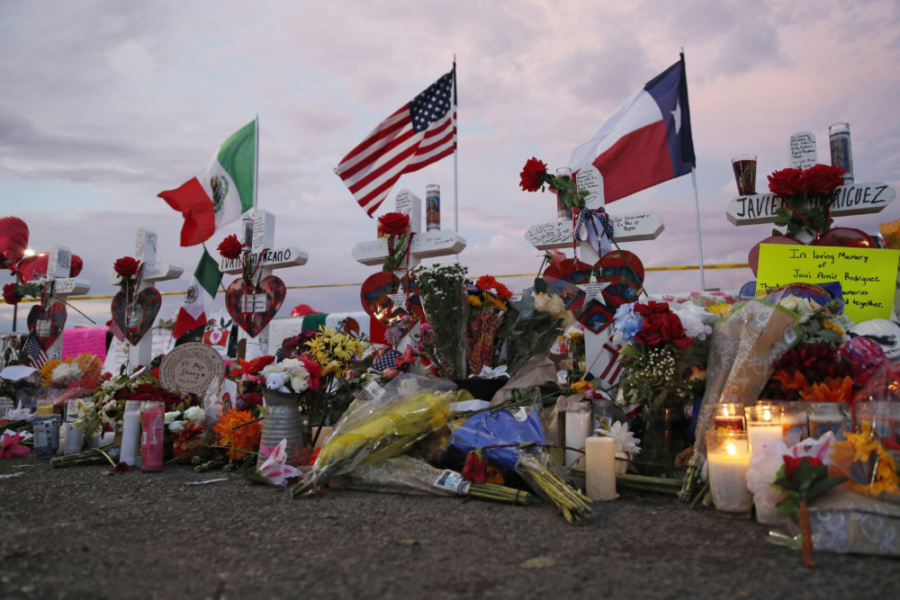 Only two weeks into school and the question lying in the recess of most minds was posed: what would the class do in an active shooter situation? I had been losing interest in what was being discussed until a sharp turn in conversation grabbed my attention. We were no longer in 3rd period AP Psychology; rather, Mr. Manthey began instructing a college-level course in safety. Listing the changes in school policy toward fire alarms and limiting entry points, he eventually noticed how quickly silence had fallen over the class. On cue, Mr. Manthey used his trademark⁠—good humor⁠—to elicit some nervous laughter from us. And while other students’ moods lifted, the moment confirmed the thoughts many had leading up to the start of this new year. American public high schools have already accepted the likelihood of mass shootings and are working to protect their students while our national leaders continue to fail us.

Mass shootings have never been a surprise to anyone aware of the news. However, the summer of 2019 seemed to place a heightened awareness on the issue. During the last three months, mass shootings claimed the souls of 49 Americans. The communities of Virginia Beach, Gilroy, El Paso, and Dayton were all forced to reckon with these sudden losses.

As mass shootings are no shock, neither is the underlying anxiety experienced by members of Quartz Hill’s student body, myself included.  I spoke to Jazz Herrera, a junior who says she’s thought of the subject often. “I’ve talked about it with friends and we’ve actually come up with plans together. Which is scary to think about, but I think it’s necessary in some contexts.” The planning of escape routes was a common theme when it came to discussing the subject of school shootings. In Psychology, Mr. Manthey had even explained where us students could hide and take cover during such an event.

I discussed the topic further with him later on the next day. When asked if he was concerned about students’ worries over school shootings, Mr. Manthey said that the questions were reasonable, and “I hate using the term, but a lot of people use it, it’s the new normal. How in this day and age it can happen to anyone. Let’s face it.” In all truthfulness, it surprised me that teachers recognized the issue as a part of the American education system. Their awareness of school shootings as a possibility is something that cannot be said for many politicians corrupted by dark money.

Public high schools have realized that they will receive little aid from the federal government, as the last major piece of legislation that combated gun violence was signed by President Bill Clinton in 1994. With weak support and facing a seemingly insurmountable threat, places like Quartz Hill are doing their best to keep students safe. No one is to exit classrooms when a fire alarm is pulled. Entrances are restricted to only three different areas. Belongings will be subject to random examinations. All people are required to present an authentic ID card. The availability of counselors and mental health assistance are also resources that students take advantage of if they experience any issues. These are simple changes that faculty claim to make a significant difference.

Elizabeth Stafford is a junior, who moved to the United States from the United Kingdom over the summer. I was really interested in speaking to her as an outside perspective able to reflect on this quintessentially American epidemic. She told me that things are very different in Britain. Most people have never touched a gun and a majority of criminals use knives as their weapon of choice. Licenses are difficult to obtain and firearms are more than likely found in the holsters of policemen. Yet, Libby says she understands the issue: “I get it’s a part of the culture, as bad as that sounds. People want to feel protected, but I think that a lot of the time these situations get out of hand.”

Some people, however, are not as focused on the issue of gun violence as others. When Brianna Schriever, a freshman, was asked about whether she feared coming to school, she responded, “Not really no, as long as I know I’m safe.” With six or more classes and extracurriculars to balance, it’s understandable that students would choose not to burden themselves with external fears of violence.

This summer’s mass shootings repeated the same series of sadness and frustration that is all too familiar. Cable news anchors quickly pointing their viewers’ attention toward the ongoing massacre. Cities beginning to pay tribute and undergo mourning for the fallen. Conservative politicians sharing thoughts and prayers but no practical solutions. Liberal politicians pushing for sweeping change that will be stonewalled by a Republican Senate and White House. Then, the public finding something else to consume until a new mass shooting restarts the cycle once again.

Nonetheless, everyone I spoke to was unified in their belief of finding solutions. “I think most students are. If you aren’t, then I’m concerned,” said Jazz Herrera in regards to the student body’s hope for progress. She also went on to stress her strong support for political action on the issue of guns. Mr. Manthey echoed her statements saying, “I’m optimistic but I think some serious changes need to happen by people in power.” Quartz Hill High School and other places like it are doing their job by trying to protect their students from the possibility of a mass shooting. It is long overdue for the government to follow suit. It is unacceptable for people to continue to live in a culture of fear. Some may claim that they require their Second Amendment protections as free citizens, but students are entitled to their unalienable right to life as laid out by the Declaration of Independence as free Americans.