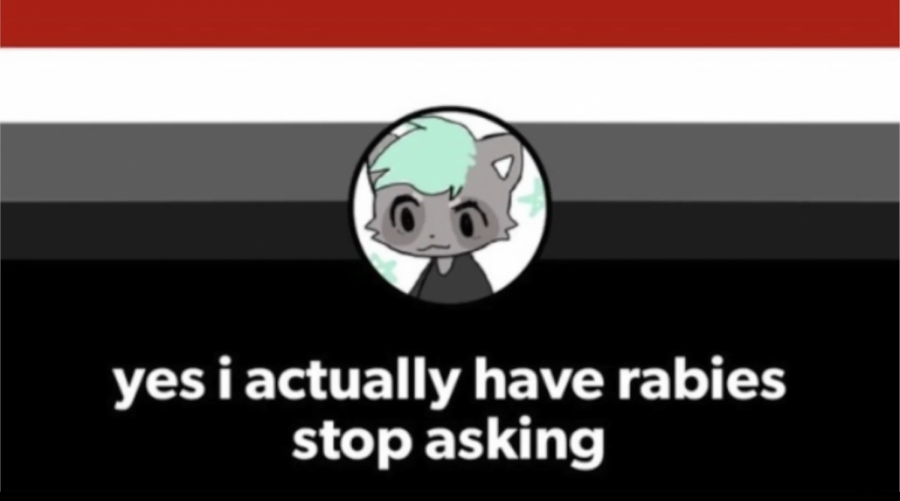 In just the past decade, the world has become much more progressive and accepting of the LGBTQ+ community. But maybe not enough, for you see, there is a hidden, oppressed minority: the Rabies Pride community.

The Rabies Pride community first made its appearance on Tumblr during July of 2018 when a user named Spencer (formally @rabidloving.tumblr.com) wrote a post against child vaccination. Spencer was against child vaccination not because he believed it causes autism or death, but because a vaccinated child will probably be immune to rabies as an older individual, causing emotional scars and depression. The post became very popular and created an entire Tumblr community for Rabies Pride. The terms “rabioromantic” and “rabiosexual” became commonly used words among the community to describe a person’s exclusive romantic attraction to someone with rabies.

The community became surprisingly large with a few hundred people identifying as rabiosexual ( although, it is suspected that most of these people were & are being ironic). Spencer remained a key player in the community as the “plot” thickened. I’m about to drop a lot of new and unexpected information on you now, so try to keep up.

Spencer claimed to have gotten rabies when Emily, a girl who alleged she was born with rabies (although that is impossible), bit Spencer to give him the disease. Emily and Spencer met because Spencer’s boyfriend, Anthony, who was also rabioromantic, introduced the two. Later, however, Spencer said that he actually got rabies when he intentionally got rabid raccoon to bite him. Spencer posted pictures of the supposed bite wounds on his Tumblr. While there is no longer any record of these photos, they are widely accepted as obviously fake.

When these flaws in Spencer’s story were pointed out, he claimed that he was lied to by Emily and Antonio. They tricked him into thinking that he had rabies when he did not. At this point, Anthony and Spencer break up, and Anthony travels to Maine to stay with his family. Suddenly, Spencer posts that Anthony DIED and no, you did not skip a line or miss anything. Spencer never gives any explanation for Anthony’s alleged death.

After this, Spencer stopped posting and was almost universally believed to be joking about the entire story. There were just far too many inconsistencies and random details that made Spencer’s story sound like bad fan fiction. And, not to mention: rabies will actually kill you. No one in the community seems to point out that somewhat important detail.

The hoax theory was confirmed last year when Spencer posted, claiming that the entire story was a joke and that Spencer was not even his name. The original post about vaccination was just meant to be an inside joke between the author and his friends, and he never intended for the post to become so popular.

So, in the end, Spencer was not real, and the author was never rabioromantic. Most of the rabiosexual community are most certainly joking. However, a small handful of people still do unironically show off their Rabies Pride and continue Spencer’s legacy by telling everyone on Tumblr that it is ok to be rabiosexual.