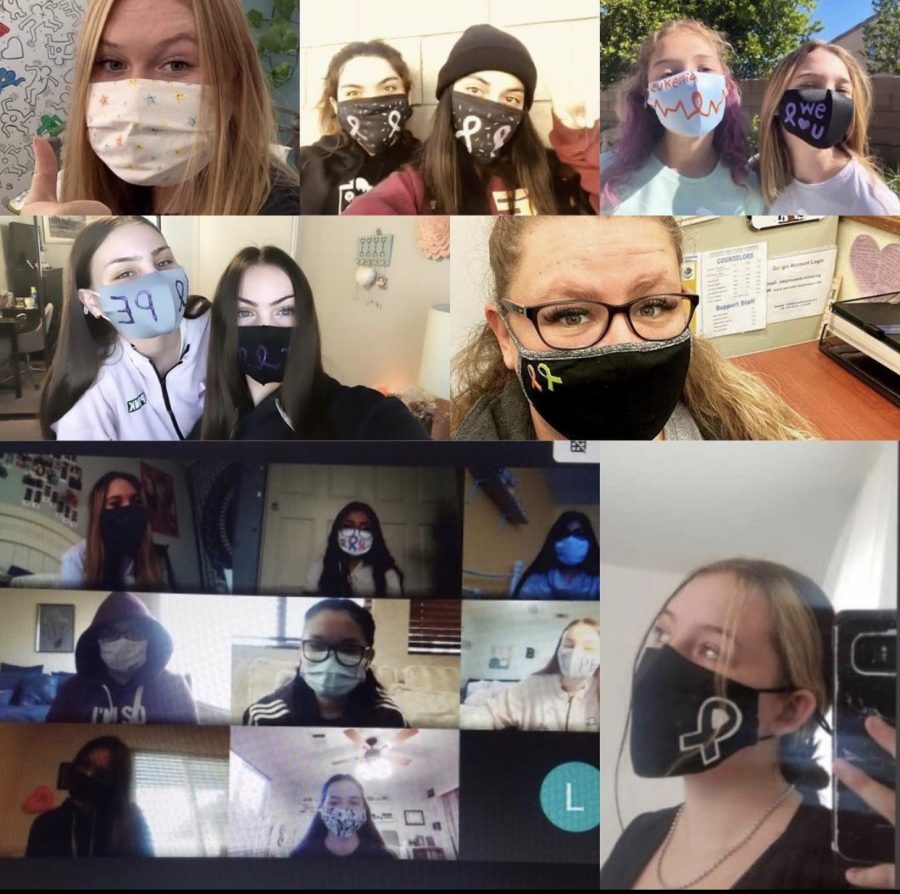 ACS Club is tied with the American Cancer Society, an organization that works to eliminate cancer. ACS Clubs’ intent is to get students to support people who have been impacted by cancer in our local community. All ACS Club members hope to bring more students to join the ACS Club and help those who experience cancer while bringing happiness into their lives. Cancer Awareness Week is one step to bring recognition to cancer, which is not often discussed.

On Monday, students shared positive messages on Padlet. Some statements include, “Just say yikes and move on, it will be okay, I promise,” “Stay safe and stay strong with your family,” and “Keep fighting, stay strong, do not quit.” Ariana Pelayo, an ACS Club member, was asked what quote she shared and said, “Never give up, even when it gets hard.” She shared that this quote would help remind those who experience cancer that giving up should never be an option even when it gets hard.

On Tuesday, students wore masks that represented the color of cancer that affected them the most. ACS Club members came together (six feet apart) and picked up mask-making materials and painted on masks. The majority of the masks were black, which represented Melanoma. Also, club members came together and took pictures virtually with their decorated masks. Thankfully, many QHHS staff members made masks as well and sent pictures of themselves wearing them.

On Wednesday, to support those affected by breast cancer, pink was worn. Mrs. Simonds ACS’s club advisor went all out this year. She wore a light pink shirt, along with a bright pink tutu, and tied her whole outfit together by holding a breast cancer awareness cup. Many of the American Cancer Society Club members wore pink sweaters; one member painted her nails pink and drew Breast Cancer ribbons.

Since Cancer Awareness Week clashed with Halloween, to scare away cancer, costumes and spooky clothes were worn. Brooke Jurgenson, the president of ACS Club, dressed up as a witch. Additionally, to go along with the Halloween theme, one ACS Club member carved a breast cancer ribbon on their pumpkins. Again, many ACS Club members and students shared pictures of their Halloween costumes to scare and eliminate cancer.

On Friday, to stand up against cancer, many positive messages were written in cards for cancer patients. These cards are going to be sent to the City of Hope and Children’s Hospital. Additionally, Mr. Herman, the calculus teacher, and Mr. Jenison, the world history and human geography teacher notified their students about Cancer Awareness Week, which resulted in many students writing a card for cancer-affected children.

Throughout Cancer Awareness Week, students, staff members, and teachers creatively showed their appreciation to cancer patients. Every year, ACS Club works hard to appreciate those who undergo the struggles of experiencing cancer.