The Unfair Execution of Dusting Higgs 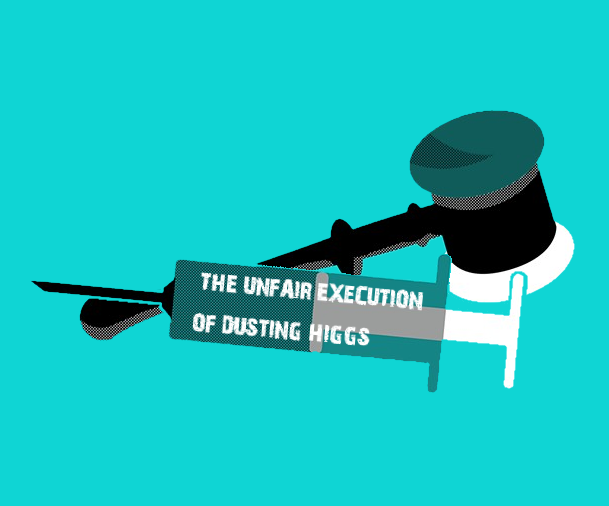 Despite petitions and actions to cancel his execution, Dustin Higgs became the thirteenth and final execution under the Trump Administration in six months by lethal injection. He had been convicted of kidnapping and murdering three women in 1996, Tamika Black, 19; Tanji Jackson, 21; and Mishann Chinn, 23. His last words were, “I’d like to say I am an innocent man,” he said, mentioning the names of the three women. “I did not order the murders.”

In January 1996, Higgs and two of his friends picked up the three women and took them to his apartment. At the apartment, Jackson rejected Higgs’ move, and they decided to leave the apartment. However, when Higgs offered them a ride, he drove them to a secluded area where he told the women to get out of the car. He then offered a gun to one of his friends, Willis Haynes, and said, “Better make sure they’re dead.” Haynes then shot the women, killing all three of them. Haynes would then confess to being the shooter, resulting in a life sentence. On the other hand, Higgs was found guilty of first-degree premeditated murder, three counts of first-degree felony murder, and three counts of kidnapping resulting in death.

While there have been theories that Higgs bullied Haynes into murdering the women, in a 2012 signed affidavit, Haynes himself wrote, “The prosecution’s theory of our case was bull****. Dustin didn’t threaten me. I was not scared of him. Dustin didn’t make me do anything that night or ever.”

“This is not justice,” Justice Sonia Sotomayor argued after a failed attempt to stop Higgs’s execution. “After waiting almost two decades to resume federal executions, the Government should have proceeded with some measure of restraint to ensure it did so lawfully. When it did not, this Court should have. It has not.” She also named the other twelve men who were executed since July, stating, “To put that in historical context, the Federal Government will have executed more than three times as many people in the last six months than it had in the previous six decades.”

After Higgs’s execution, Shawn Nolan, an attorney for Higgs, described the man as a man who “spent decades on death row in solitary confinement helping others around him, while working tirelessly to fight his unjust convictions.”  He also argued, “There was no reason to kill him, particularly during the pandemic and when he, himself, was sick with COVID that he contracted because of these irresponsible, superspreader executions.”

Dustin Higgs’s death shows American society that the criminal justice system is flawed in many ways. It is unfair that the man responsible for committing the crime is serving a life sentence while a man who has continuously maintained his innocence was sentenced to death.