For the Love of Football 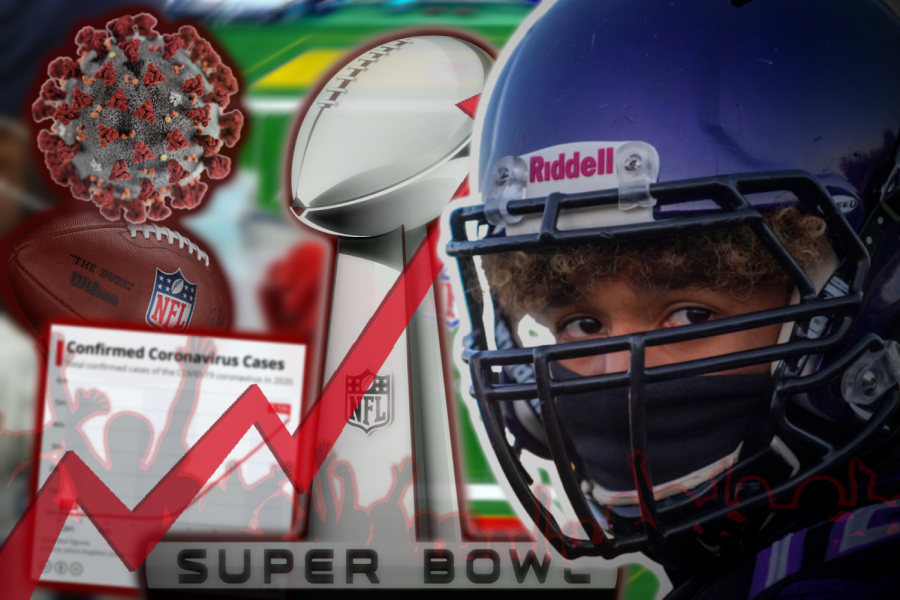 By Melissa Canales, Editor in Chief

California’s elementary school children are just starting to trickle back into their physical classes and restaurants are just barely getting by on outdoor dining, but none of that stopped one of America’s most treasured traditions from taking place: the Super Bowl. The event is essentially an unofficial national holiday, celebrated with parties, cheering, shouting, and a lot of food. Yet, despite its centrality to American culture, the Super Bowl was at the forefront of controversy this year. With so many people dying, near death, or even suffering from long-term symptoms of COVID-19, hosting a massive sporting event did not seem like the safest option. While event organizers were conscious of the potential effect the Super Bowl could have on exposing people to the virus, nothing could have protected the people against the public’s actions.

NFL Executive Peter O’Reilly shared his confidence that the Super Bowl would not result in what is now known as a “super-spreader” event. According to O’Reilly, previous games throughout the 2020 season did not lead to a notable increase in COVID cases, and several protocols would keep fans safe. Every attendee sat without anyone next to, in front, or behind them. Additionally, the Super Bowl would be cashless for the first time. The event itself was not the concern, though. The game’s precautions were only meant to protect people during the event, but no stricter measures took place throughout the city, giving football fans the chance to act as they pleased throughout the night.

The most notorious moment for potential virus transmission took place after the end of the game when Buccaneer fans poured out into the streets to celebrate their team’s success in the Super Bowl. The Washington Post reports that Tampa crowds ran wild Super Bowl weekend, waving flags, violating distancing protocols, and socializing maskless. Their presence was inescapable: celebratory masses gathered at bars and took over streets, never stopping to consider the on-going pandemic. And, while the city-wide gatherings were dangerous enough, a hidden danger lurked nation-wide in the homes of football families.

Joseph G. Allen, an expert on indoor environmental quality at the Harvard T.H. Chan School of Public Health, shared in an interview with the New York Times his belief that the football event would lead to a surge in cases, as it did after basketball fanatics gathered for the NBA finals. Surveys leading up to the Super Bowl found that roughly a quarter of all adults watching the football game would be hosting or attending a gathering with people outside of their household, whether that be at a host’s home or a bar. Health experts, understanding that people would still gather regardless of the risk, shared tips to have as safe an environment as possible. Still, the rate at which the advice was heeded is unknown and, frankly, probably minimal.

The actual data on the impact of the Super Bowl on coronavirus cases will remain unknown for at least a couple more weeks until football participants start getting tested and their results processed by the local governments to report. Until then, we can only hope for a miracle, but the health experts’ warnings suggest a grim result from this beloved American tradition.