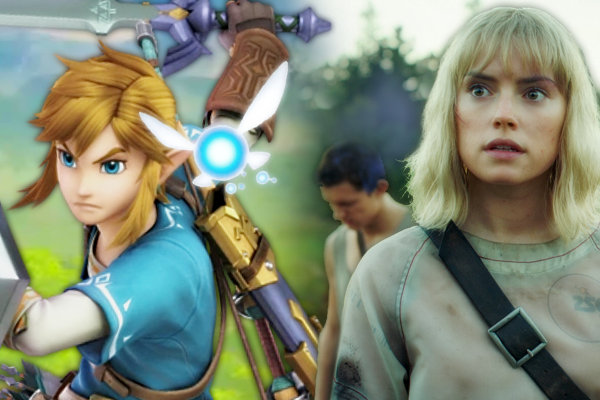 Delaying movies and video games are both industry standards. They happen all the time, especially in the gaming world. Every time a new triple-A video game is announced, you can almost always bet that the game will be delayed by a few months. However, delaying video games is usually seen as a good sign, while delaying movies is taken as a bad omen.

There is a very famous quote from Shigeru Miyamoto, one of the representative directors from Nintendo, where he states, “A delayed game is eventually good, but a rushed game is forever bad.” Almost all video games follow this production standard. A delayed release date is more indicative that the developers know when to take more time to make the game the best it can be rather than the game having a poorly planned production. For example, The Legend of Zelda: Breath of the Wild was initially revealed at E3 2014 and was slated for a 2015 release date. The game ended up coming out in 2017.

Breath of the Wild experienced two major delays, the first of which pushed the release date back to 2016. After the game’s release, Eiji Aonuma, director of the game, said that the developer team probably could have reached their 2016 deadline, but they had so many new ideas that they did not want to rush the game out in a buggy state or add major features in later updates. But the developers’ work all paid off as the delays allowed Breath of the Wild to become one of the most highly regarded games of all time.

The situation is almost completely opposite for films. A movie that experiences major delays during its production almost never turns out well. The reason why so many video games are delayed is that the developers think of fun, new ideas that they could implement into the game. Adding new ideas into a video game is almost always a good thing. It gives the players more freedom and, as long as the game is properly bug-tested after new features are implemented, the game will be a better overall experience. On the other hand, films should not add any new or major ideas after production has started. The script should be finalized, and the storyboards should cover almost all of the movie’s scenes and content before anyone starts filming. Adding new story elements after the story has been finalized risks making the plot feel bloated or convoluted.

Alternatively, if a movie is not delayed because the director started adding their own story threads, the movie was likely delayed because of studio tampering. For instance, Chaos Walking is a movie that was announced to come out in 2019. Instead, it was released this year, and no one likes it. For any movie that experiences production issues for that long, you can assume that the studio is trying its best to alter the movie through extensive reshoots or restructuring. If the studio was trying to completely restructure a movie through post-production, the movie was most likely already bad, but studio tampering just makes it worse.

Movies and video games could not be more different when it comes to the reasons and the reception for their delays. And even though fans will complain when either medium has a delayed-release, people should be glad about a game’s delay and worried about film setbacks.