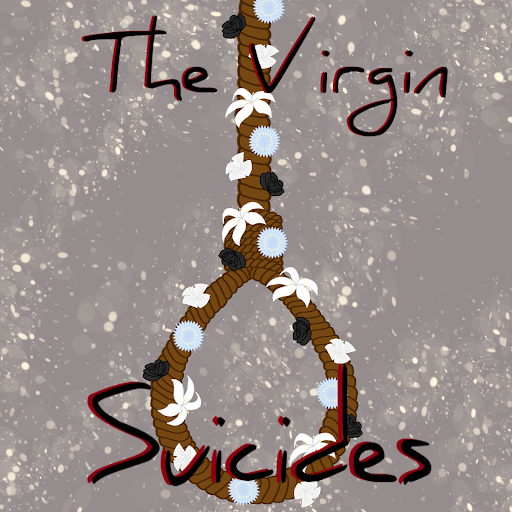 One may never truly understand someone completely. The dreamlike novel The Virgin Suicides is a story that follows the Lisbon girls and what had led to their untimely annihilation at their own hands. This novel is a commentary on the adolescence of young adulthood and the mysteries you have yet to uncover.

The allegory was written from the perspective of the young boys that had lived in the Lisbon family’s neighborhood at the time of their deaths. A majority of the book focuses on the mystery of the sister’s suicides. As the story progresses, the audience learns that the young neighbor boys were obsessed with the girls; themes of happiness (but never true happiness), the limits of one’s consciousness, and the feeling of isolation and loneliness frequently arise.

While reading this fascinating novel, a question you may be asking yourself is, does true happiness even exist when you have nothing happy to look forward to? Throughout the story of these sisters, it is very notable that their joy came from minor occurrences and objects. One example of this is how the youngest girl, Cecilia, was the happiest when she was wearing her ripped wedding dress. Though it may have appeared to everyone on the outside that nothing abnormal had been going on with Cecilia, she is the first sister to take her own life, proving that she was putting on a facade for the others. The book always leads back to the one central theme, the secrecy of one’s own emotions and experiences.

Since the story was not told from the point of view of the five sisters, the audience and the rest of the characters in the narrative never know what is going on with the girls behind closed doors, which gives the book a feeling of mystery. This is where the theme of the limits of one’s consciousness comes into play: the boys are restricted to their imaginations and will never be able to find out the cause of such tragedy.

Loneliness comes in many different forms; some may find it in their emotions, while others see it as simply being by themselves. In the case of the Lisbon sisters, they had been undergoing both; It was only once the girls were trapped inside of their own home that they felt the natural feeling of being by themselves. Having been stuck in their house for so long caused the girls to feel emotional isolation. They had now been separated from the outside world and only had each other to rely on, which ultimately led to their demise.

The fascinating themes of being happy but never genuinely delighted, the limits of one’s imagination and consciousness, and the feelings of isolation and loneliness are what led the extraordinary tale of The Virgin Suicides to win the Pulitzer prize in 2003. We may never know why the Lisbon sisters decided to commit suicide because no one had sincerely cared for them. In the end, no one truly knew the girls; they only had what they perceived from the outside, which ends up being an incorrect assumption of the circumstances of their lives. These and many other reasons make this book one of the best novels I have ever read.