Getting Comfortable with Equal Treatment of Nudity in Television and Film 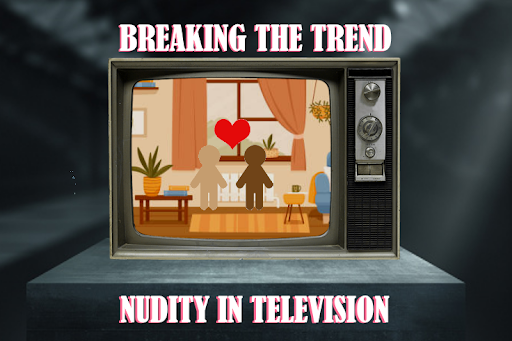 In the modern world, it is very common to see female nudity at every angle, but when it comes to men, nakedness is covered up by the well-placed sheet or camera angle expertise. As an avid media consumer and a young adult, this is something I have noticed my whole life. And in my mind, I always thought, “what was the need for her to be topless in this scene?” Mostly it poses the question and leaves a bad taste in my mouth. But why do men get respect while women are denied the same care when it comes to nudity?

Popular HBO shows like Euphoria, Game of Thrones, and the newly added Minx, show both female nudity and male frontal nudity.  While Euphoria follows high school teens struggling with relationships, drug abuse, and various growing pains, Minx transports you to the 70s with the first publication of a nude magazine designed for women. While each show is regarded well, many were outraged at the amount of nudity within.

Now transport yourself back to 2011 when Game of Thrones began airing on HBO—well, maybe you were too young to watch it then, but your parents did—a show about the various people of Westeros fighting for the throne. The show quickly gained traction for its storyline as well as consistent nudity. But why were so many of the female characters nude all the time? With an audience of 42% female, each episode is filled with the sexual depiction of most of the lead women in the show. Along with nudity, there were various scenes of graphic violence towards women.  Why do directors, writers, producers, and viewers feel so comfortable watching a sexual assault on-screen? I have abstained from certain movies because I have had my fill of on-screen violence toward women.

However, when Euphoria released its third season, many were shocked to see an equal representation of nudity. While Euphoria has always been a mature show that shouldn’t be watched lightly or by the younger generations, it discusses many true themes that today’s teens, unfortunately, are faced with. That being said, consistent male nudity was not included in the first two seasons. People shamed those who watched the show because they accused them of just wanting to see the male nudity or the sexual situations, but this simply isn’t true.

The solution to fix the over-sexualization of women is not to turn around and objectify men. But to bring change, we must start talking about these topics. If the world wants to better represent all genders, it is vital to show respect for all. For so long young women have suffered from body image and self-esteem issues from the media, but men do as well. While body dysmorphia and self-esteem issues are typically associated with women, the inclusion of male nudity in media could also increase such issues among men.

Without discussing the topic, nothing can change; the world needs to get comfortable with itself. If a filmmaker or television writer writes a nude scene, all actors involved, regardless of gender, should be treated with the same decency and respect.