A Must Read (and Watch!): Spy x Family 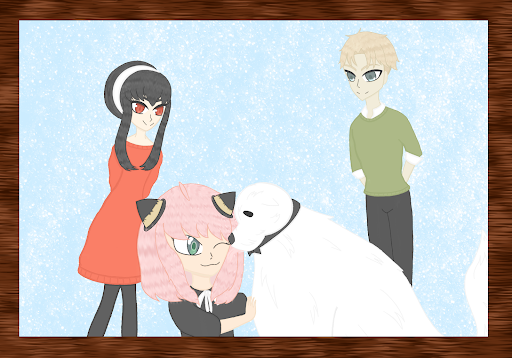 Spy x Family is a popular manga series and was recently adapted into an anime. After catching up with the manga and watching the episodes as they came out, Spy x Family has become one of my favorites.

The esteemed spy, Twilight (a.k.a Loid Forger), has a mission that involves him forming a fake family. He adopts a daughter, finds a fake wife, and even picks up a stray dog. But this family is just as odd as Loid – the daughter, Anya, is a mind reader, the wife, Yor, is an assassin, and the dog, Bond, can see the future. With a bizarre family like the Forgers, it’s hard to turn away from learning about them and their stories.

The characters are well written in the manga and brought to life in the anime. They each have their own goals and motives for wanting to stay a part of this fake family. Loid needs the family for his mission, Yor needs them to keep up a normal appearance, and Anya thinks it’s cool to have a spy and assassin as parents. Of course, like any family, the Forgers come with family drama– although this drama is different. Since Anya can read her parents’ minds, she often tries to get involved in their matters. Her involvement almost always goes wrong, but it’s more humorous than disastrous.

Each of the characters, even the stoic Loid, is comical in their actions. Anya is such a funny character, with her hilarious facial expressions and how she uses her mind-reading ability to her advantage. Yor’s insecure and extremely gullible, yet you can see the assassin in her as she frequently thinks about killing people to solve her problems. Loid often becomes the victim of Anya’s schemes, like when she makes him dress up just to tell him he’s “so uncool.”

Although comedy is a huge part of Spy x Family, the action is still prominent. Loid continues to partake in other missions apart from his fake family, and Yor continues to kill people when ordered. I thoroughly enjoyed these “side missions,” as they gave insight into how Loid’s and Yor’s jobs worked and provided neat action scenes. The action panels in the manga were drawn exceptionally well and so far have been done justice in the anime.

If you like comedy, chaotic families, well-developed characters, and spy action, Spy x Family is a must-read (and watch!).